“The soldiers had grown silent, not richer - but poorer in communicable experience.”
regarding World War 1, from “The Storyteller”, Walter Benjamin

Rosalind Krauss opens her text “The White Care of Our Canvas” (Artforum, October 2007 & Poo-Brown Lion Award for Worst Title 2007) with a brief discussion of this completely relevant 1936 Benjamin quote. But it’s a not-so-deft moment for Krauss, as she likens Benjamin’s soldiers to the poor, poorer and rich subjects of the world media monopoly. The traumatizing barrage of instantaneous and poorly-linked images in advertizing and other media which we experience on a daily basis should be analogous the experience of “the soldiers”. But, in the quoted sentence Benjamin doesn’t discuss experience that the soldiers actually have. He speaks only of the experience of which they have been stripped: communicable experience.

I would not suggest that the direct experience of a soldier in war is equal to the mediated experience of a television viewer or an internaut. All the same, it seems reasonably arguable that these are two kinds of trauma which might produce the same effect. Strangely, Rosalind Krauss completely misses the point Benjamin is trying to make, which leads her to the puzzling conclusion that the artistic fortress against the onslaught of the so-called ‘regime of the image’ (a concept she borrows from T. J. Clark) would consist of things like Gabriel Orozco’s “Ventilator”. According to Krauss, this piece features “a lazily turning cieling fan, each of whose three blades trailed a swath of toilet paper behind it”. Spending some time with this masterpiece will apparently cause you to rediscover the ‘pleasure of looking’, and the best part is, you can even try it at home. If you don’t have a cieling fan, I’ve heard there are some drugs whose effect is similar. 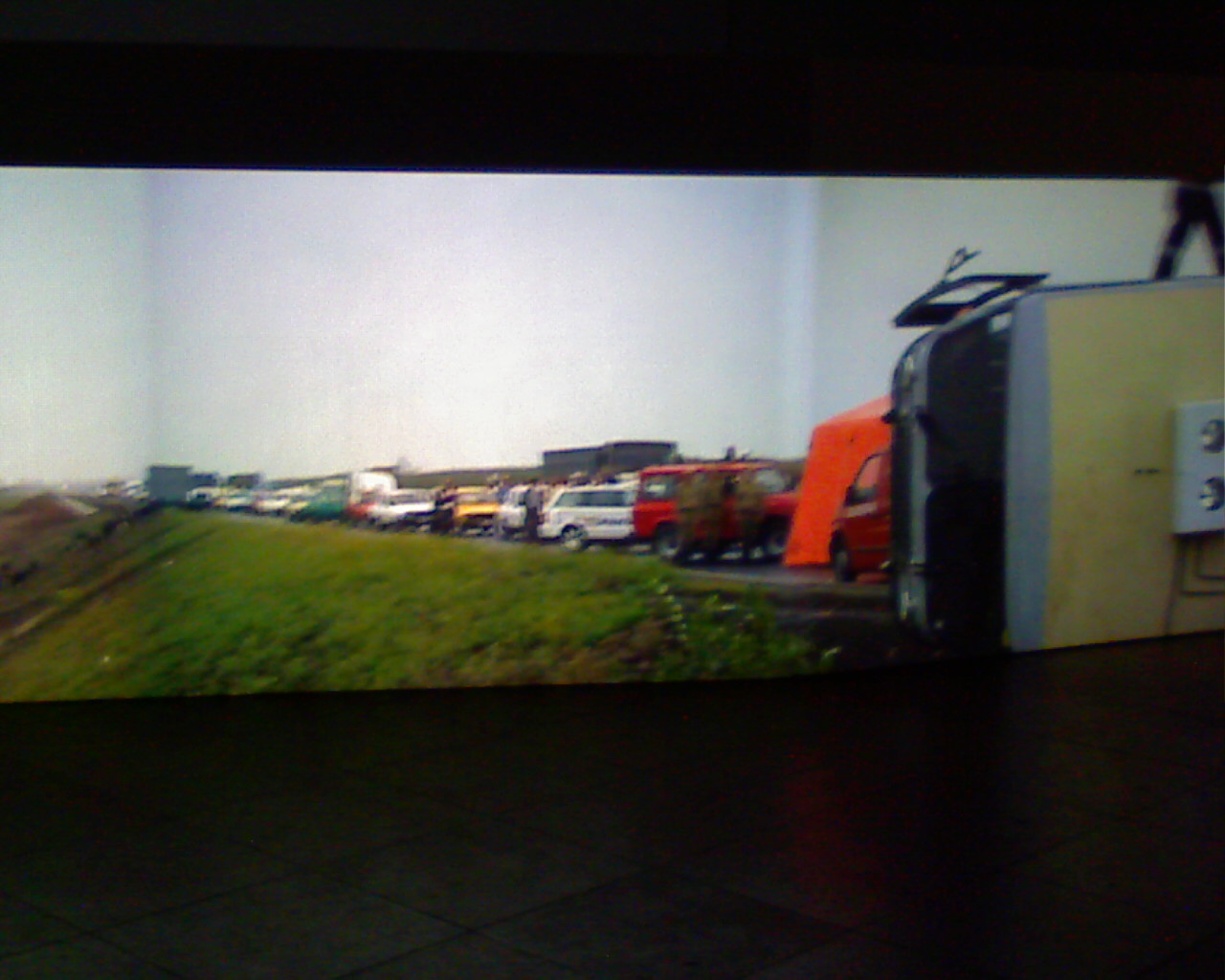 Benjamin is in fact addressing an important aspect of clinical trauma, which is that the person is incapable of representing experiences and their resulting thoughts and feelings. Under these circumstances, it seems impossible to imagine that watching a TP’ed cieling fan be considered a constructive act.

The dilemma posed by Krauss’s text brings us back to “Santa Chocolate Shop” from Paul McCarthy at Hamburger Bahnhof, just another in an endless, meaningless series of traumatizing image-instants. The polar opposite of McCarthy’s quest to deliver the stupidest entertainment on the planet is the Aernout Mik video installation “Refraction”. 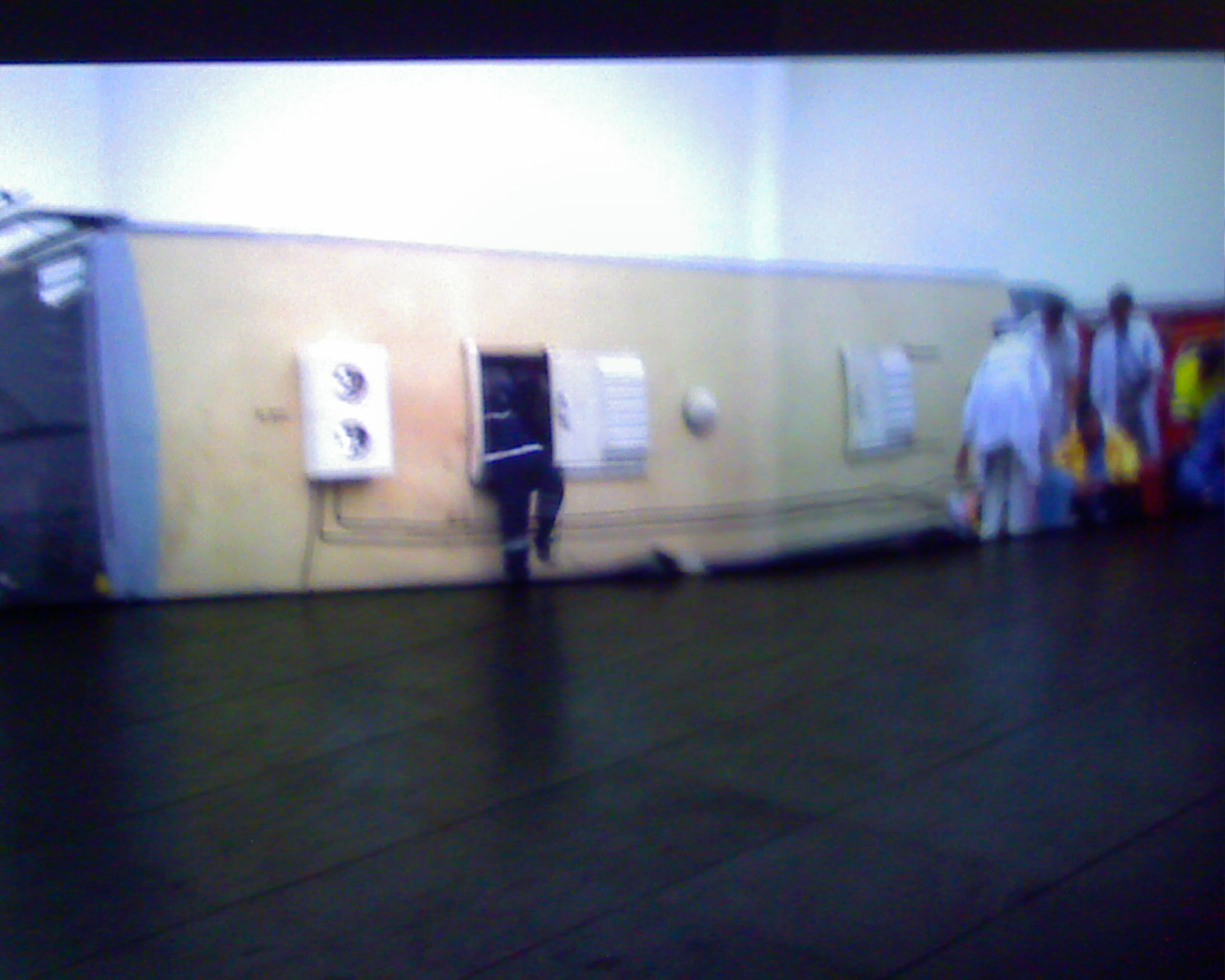 In Refraction, the video is projected onto a screen bent like the overturned trailer which is its central object. Rescue workers move through the wreckage as traffic backs up on the highway and pigs sniff around in the mud nearby. Like the workers, the camera slowly and carefully scans the scene. Exactly what has happened, what the workers are looking for, if that is what they are doing, none of this is evident and none of it becomes evident. 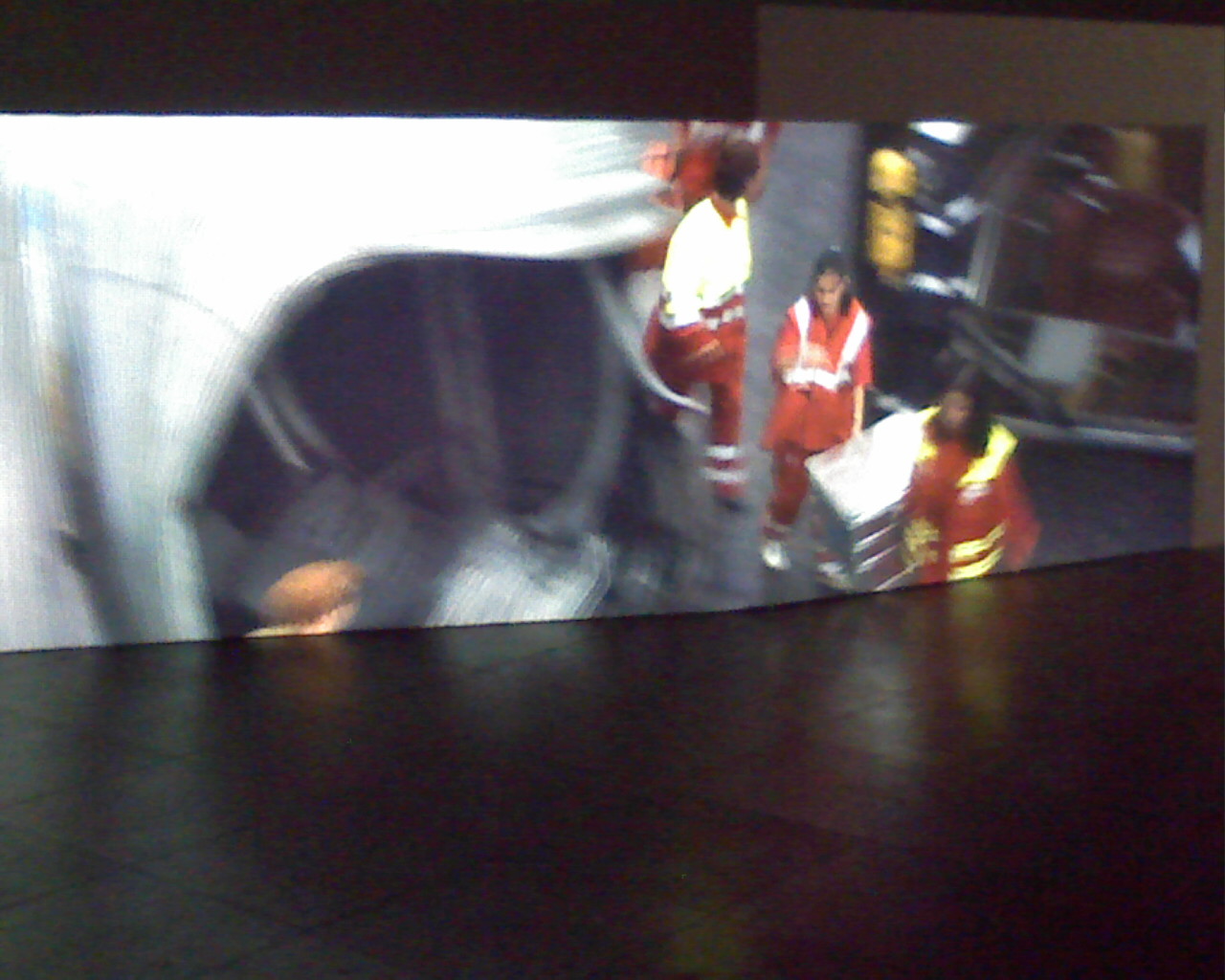 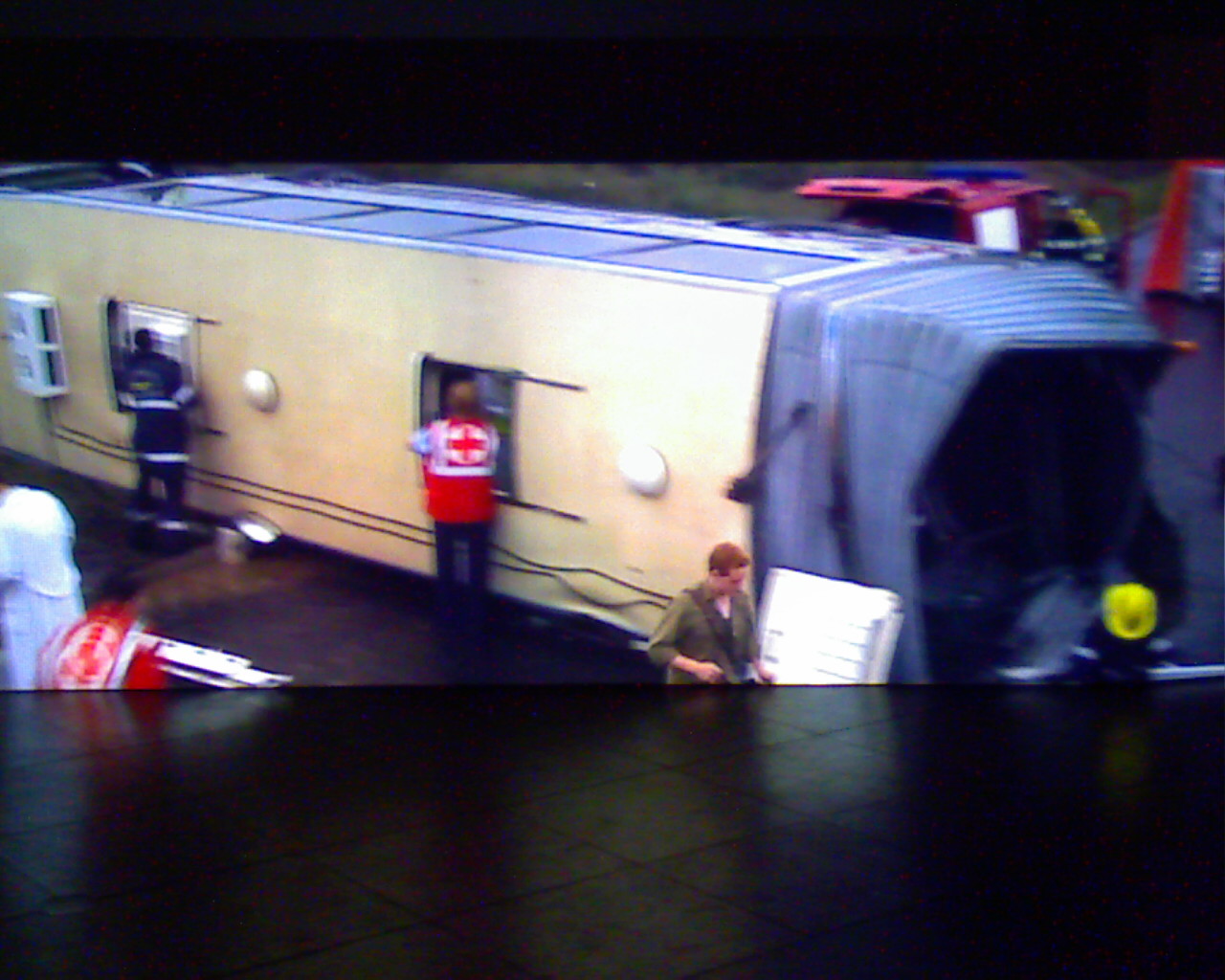 In this simple piece - as well as consistently - Mik offers a thoughtful reaction to contemporary situations, which formally resists the snipit aesthetic of mass media. Every detail of the scene is clearly important, and the slow, inquisitive movement of the camera invites the viewer to closely examine them and consider their significance.