A manic energy fills the air. It’s September in Berlin, and the art scene is huffing the fumes of approaching art fairs. We enter the scene at Hamburger Bahnhof.

It’s the opening of the prestigous annual Prize of the National Gallery for Young Art, and a new installation from Aernout Mik is much anticipated. The crowd is suffocating. The passageways and entries into exhibition spaces are constructed to create frightening bottlenecks. Even the thought that I’m rubbing up on people who normally wouldn’t look at me doesn’t quite ease the claustrophobic panic slowly traveling from the tips of my toes and fingers toward my central nervous system. My vision blurs -

Suddenly it’s over. I’m in larger, more spacious and less-visited rooms, appreciating the OTHER new exhibition: “From Francis Picabia to Jason Rhoades”. But it turns out I’ve stepped from one nightmare into another as I enter the empty world of Paul McCarthy, heralded by the sight of a cluster of mannequins clad to various degrees of completion in outfits straight from the christmas fairyland fabricated by pop culture to convince children to consume. There is something brown smeared on them. A section of the bodysuit on one male mannequin has been cut away to reveal its puritanically smoothed-over genital region. A glimpse of my immediate future. 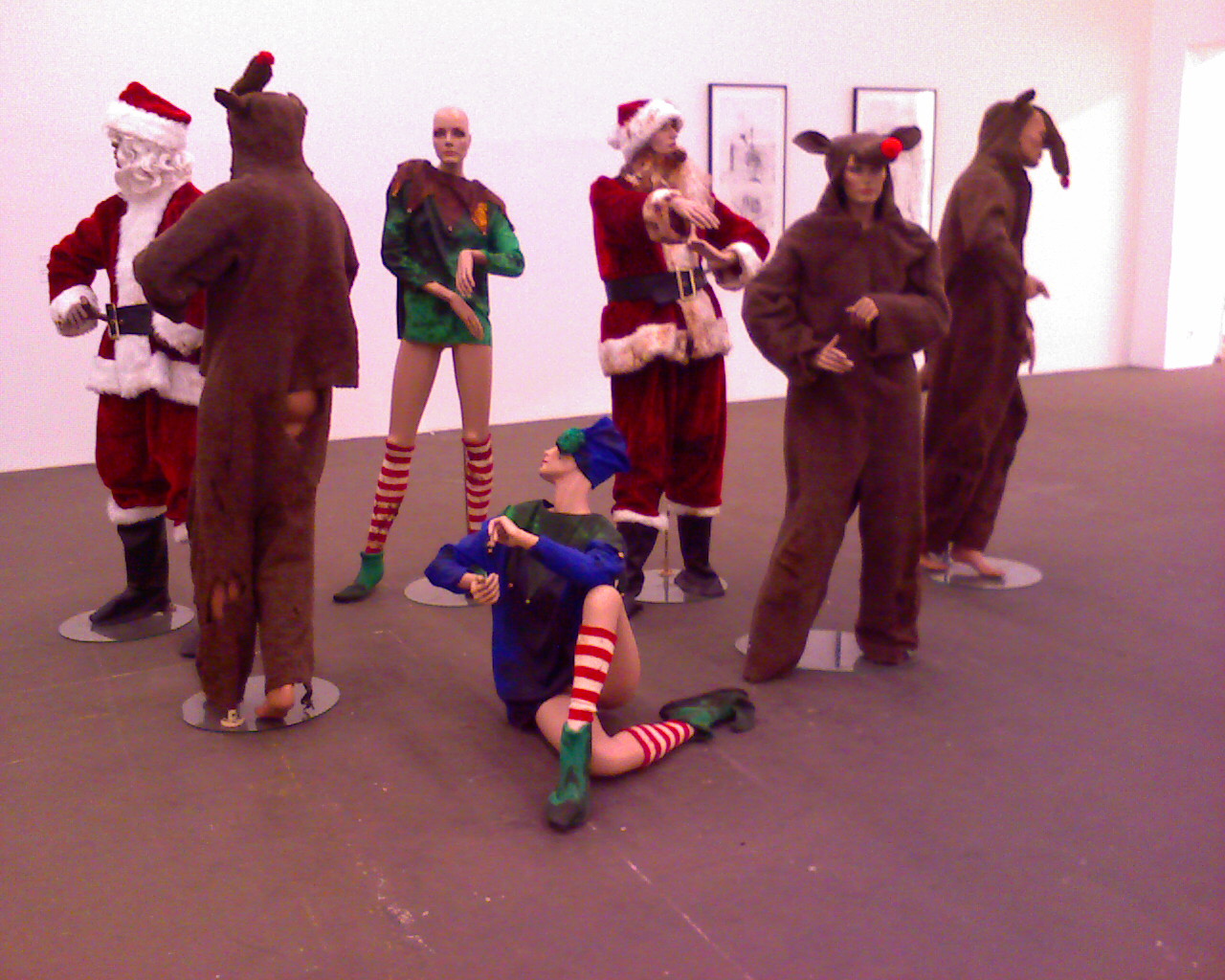 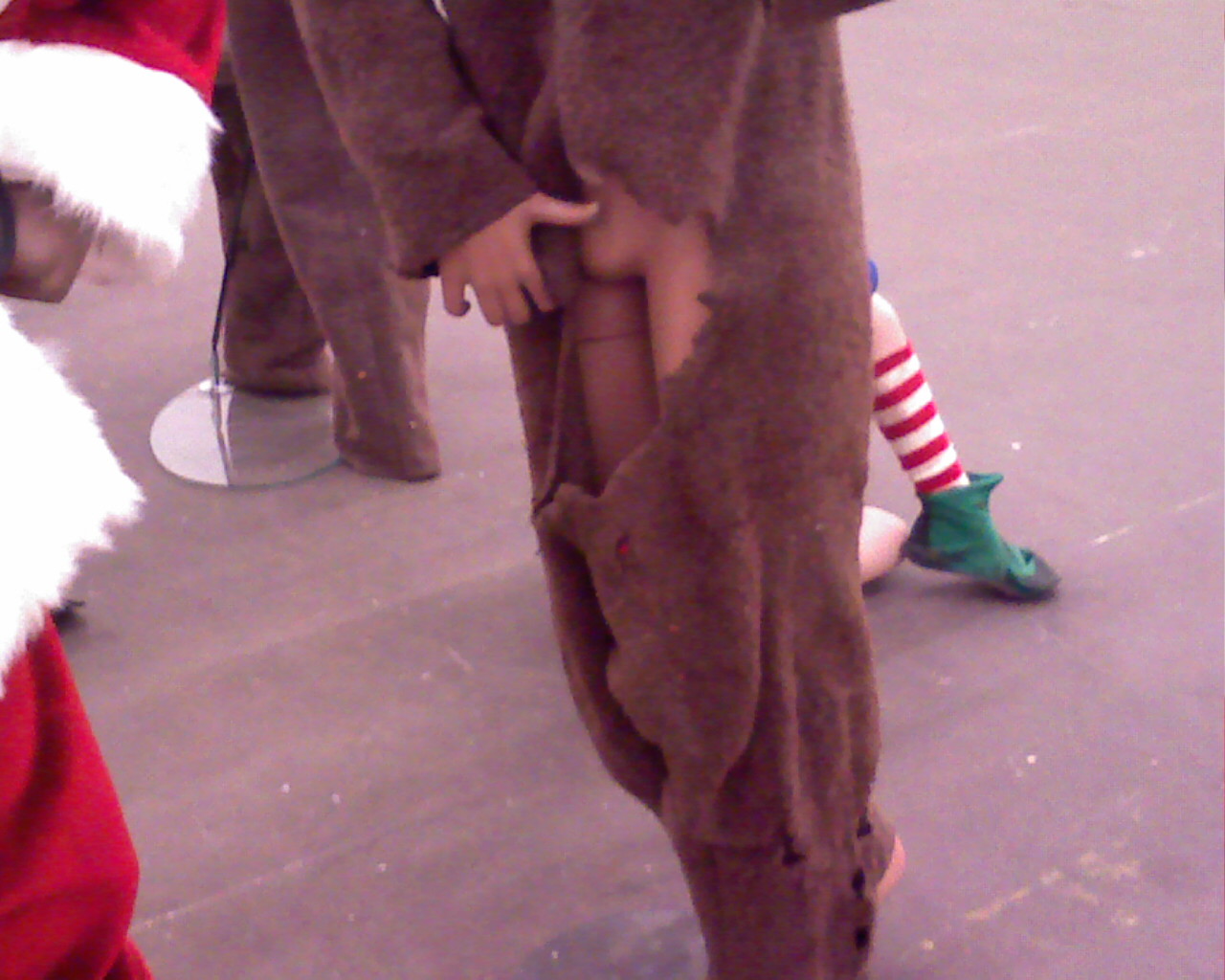 It’s Santa Chocolate Shop, an installation consisting of a three-channel video and the set in which it was staged. The large, slightly crooked projections beam onto three of the walls, and while the room is definitely not small, I am forced by the immense and unimpressive cabinesque wooden structure to stand awkwardly close to them. The actors wear the humiliating costumes previously seen on the mannequins and behave in equally humiliating ways. They fight amongst themselves and assume ridiculous postures as they slosh around mindlessly in liquid which is probably mud but looks like shit. Their dialogue seems to be derived more from pop representations of cavemen or drunk frat boys. 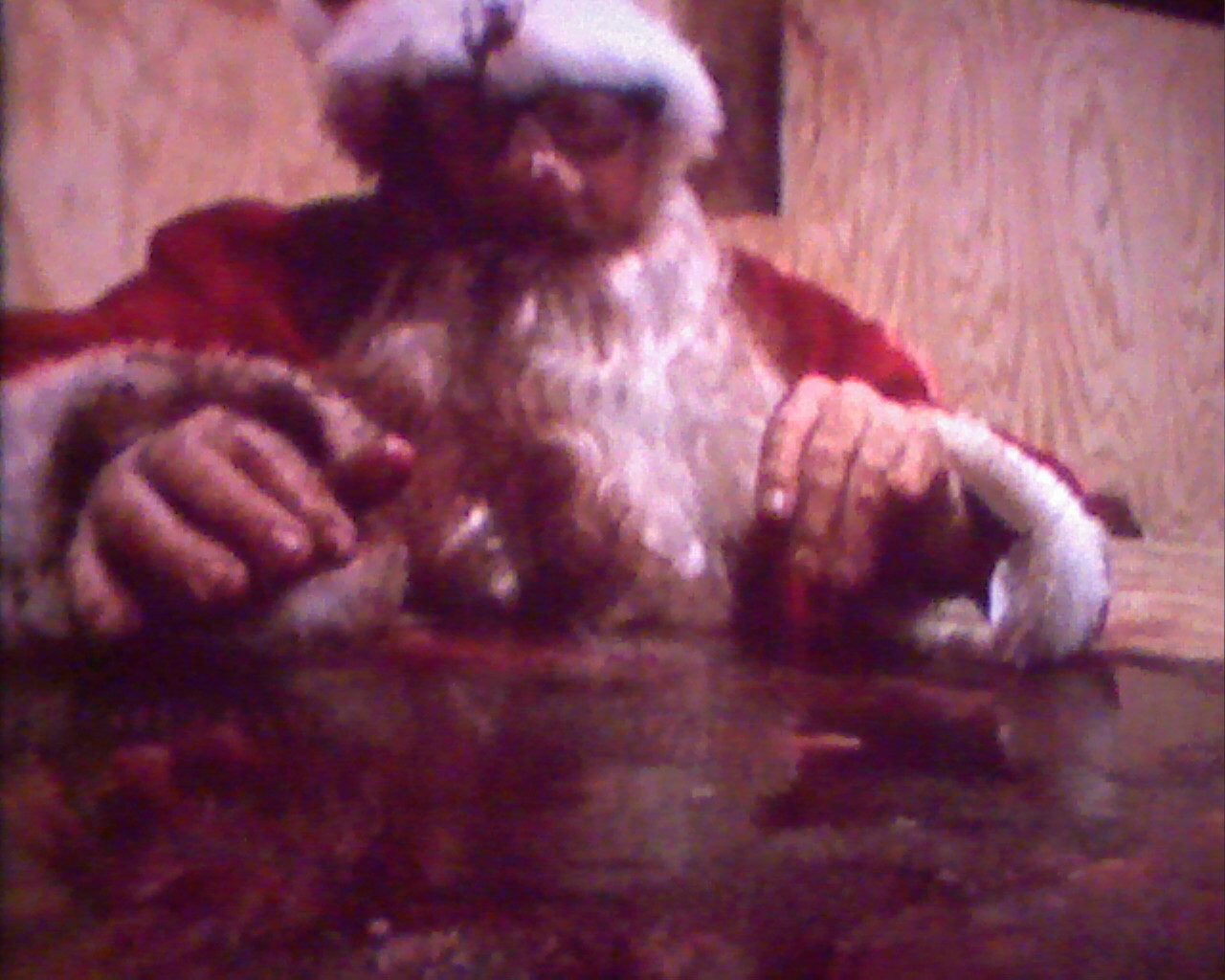 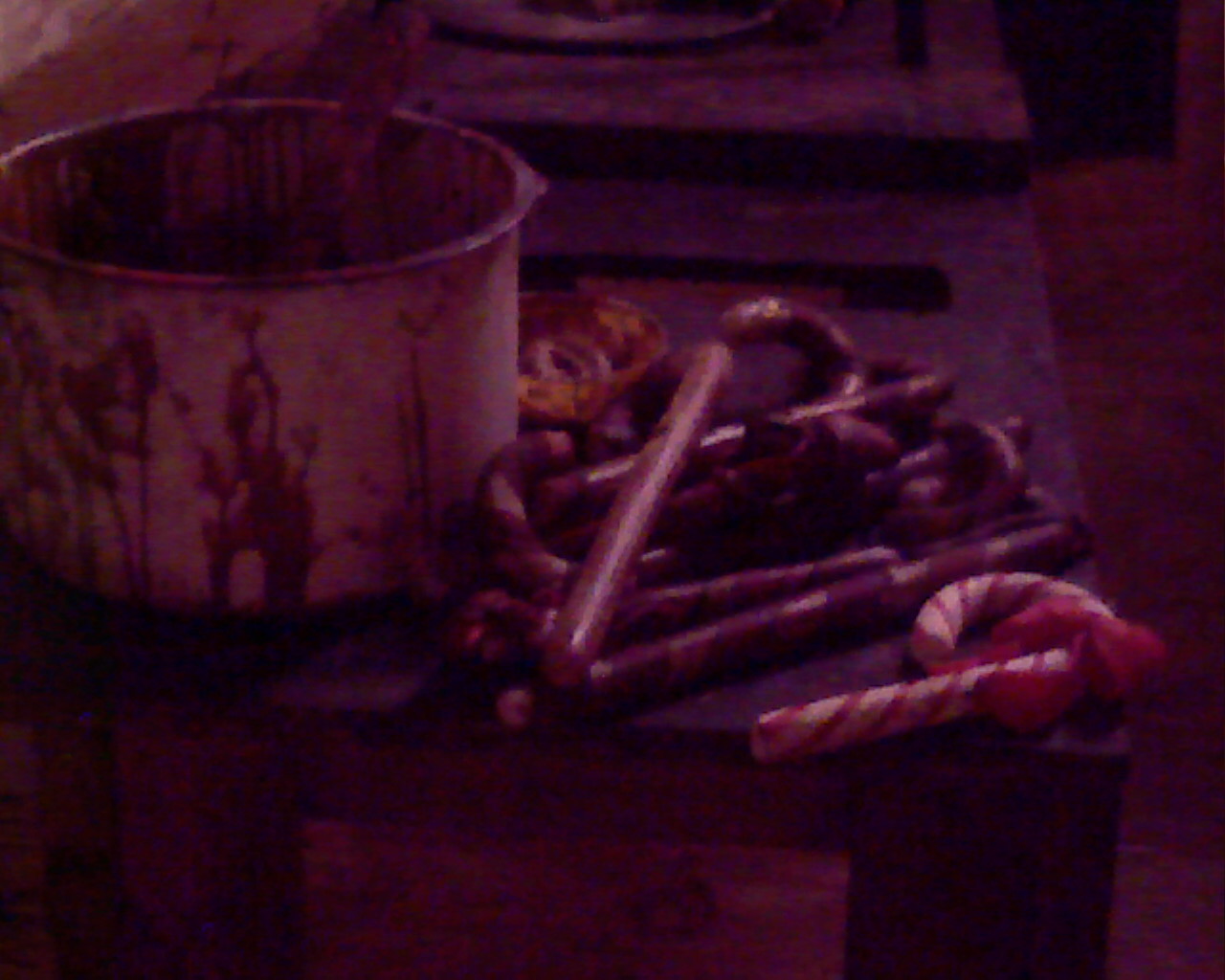 I think I get it. This work is supposed to critique consumerist pop iconography and entertainment. Or, to quote the museum’s descriptive label, “McCarthy exposes a society manipluated by the media and points to themes such as violence, pornography, filth and artificiality lying on the other side of the American dream.” I love how this sentence tiptoes around any sort of politicized vocabulary and neatly avoids attributing anything to McCarthy. This work could also bring words like fetish, advanced market capitalism and branding to mind. Violence, pornography, filth and artificiality are more appropriate to the script of a televangelist than a politically aware theorist of any branch of culture.

Santa Chocolate Shop dumbly reflects dumbed-down entertainment, and if by this McCarthy intends to critique the stupid and manipulative use of traditional figures by market culture, I would argue that he fails. Particularly in the context of reality tv and the hyper-competitive quest for new extremes which pervades every aspect of contemporary "cultural" production - from politics to sports to kitsch to architecture to the nefarious art market - of which this work is just another boring instance - representations, comments and even simple indications need to aim somewhere below the surface to register as anything other than superficial bravado. Santa Chocolate Shop is just another commodity fetish “pointing to” fetishism. Just more trash which thematizes “filth”.

I would have tried to help by barfing on it, but I hadn’t eaten yet. Instead, I chilled out in the Aernout Mik installation. It was nowhere near the greatness of his ass-kicking Dutch pavilion in Venice this summer, but just the cerebral massage I needed to recover.